Back to all posts

Probably the most fun part of my church life has been doing youth work. I love kids’ work, but youth work was my primary degree & first paid job. So, when I stepped away from that to look after family interests, I got a real kick out of being a youth leader, and eventually ended of keeping an eye on all the youth work for our church in East Belfast.

There’s a lot going on. I think we estimated we were dealing with 550 children & teens on an average week, or maybe that was numbers on the books.

My particular favourite was our Sunday Night Youth Fellowship or S N Y F (its a church that suffers from Acronym addiction)! Anyway, SNYF was an opportunity to get alongside people at their most brilliant, most questioning, most mixed up, most hopeful or despairing. It’s an intense, fun, irritating, inspirational stage of life to be working with. All that potential, all those hormones! 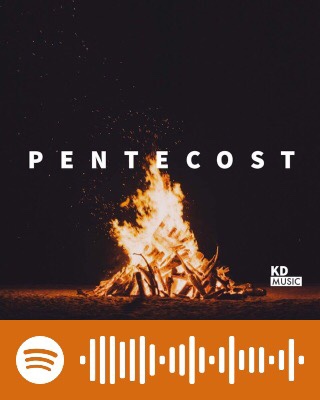 Make songs that reflect your people

We always tried to make up our own songs, it was great for forging the group’s identity. A couple of favourites were a Christian rip off of I’m a Believer by Neil Diamond (revitalised by Smashmouth in the Shrek movie), and then we also came up with this Latin tune, Pentecost. I’d been going through a Santana phase with my cover band, plus both Sting & Clapton has dabbled with Latin music, so it was a genre I really enjoyed. Three of the kids in the group at the time, the magnificent McCarthy sisters, had just come back from being missionary kids in Spain. So it was a fun way to acknowledge their arrival, by rattling out this tune, I think there’s a Spanish version somewhere! 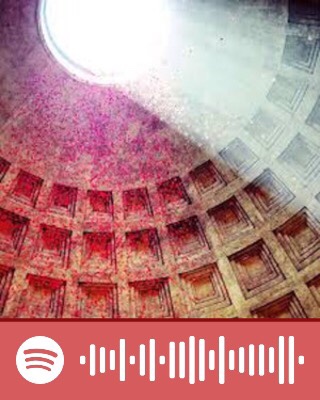 Rose petals sprinkled through the Oculus of the Pantheon, Rome, signifying the gift of the Holy Spirit on Pentecost Sunday. It implies the beauty & gentleness of the Spirit, as well as the power & cleansing we normally associate with flames. This tradition was started in the early 600’s AD.

The lyrics are line for line, straight out of Acts 2. It struck me reading the passage that Luke was describing a unique experience that couldn’t quite fit words. A sound ‘like’ wind, a sign ‘like’ flames. Speaking in the many real languages of the world’s Jewish peoples gathered into Jerusalem.

It kind of annoys me that some of us in the modern church ignore the frankly weird stuff going on, & focus entirely on the ‘birthday of the church’, the huge number of people who responded to Peter’s preaching.

On the other hand some of us seem to focus entirely on the experience & the speaking in tongues, to the extent that you’d think the experience was the point, not people hearing and believing.

So this song acknowledges both the supernatural events of Pentecost & the purpose of them. To endorse & empower a very small bunch of fearful people to open the door, go outside, take a risk & as they share the good news, realise God is giving them the words they need to be understood. John Piper has a habit of describing preaching as a miracle. That was certainly the case on Pentecost. Peter punched way above his weight in a way that was clearly inspired.

As far as the song goes then, it should be acceptable to both ‘cessationists’ and ‘continuationsists’, if not, please accept I’ve done my best just to stick to the bible on it.

Lessons From The East

Some Eastern churches have an additional take on Pentecost that’s worth thinking about. As well as the gift of God’s Spirit and the birth of the church, they see it as a reversal of Gods curse at the Tower of Babel. At Babel, humans were arrogant and trying to ‘Bring God down a ritual staircase’ so they could be His equal. The curse on them was cultural & linguistic division. At Pentecost, the barrier of language was transcended, and unity was restored, through each believer receiving a share of God’s Spirit. No more special nations, special priests, special prophets. Everyone who believes, great or humble, having direct relationship, with God living in them.

I like that idea, it certainly fits the grand sweep of the bible narrative; curses being reversed, unity being restored, elites being bypassed. It’s been my experience meeting English, Dutch, German, American, Spanish, Argentinian, South African Christians, that nation, language & denomination are so secondary to the delight of discovering we share the same faith, in the same Jesus. We’re united by the same Spirit. That’s pretty brilliant!

Notes for Musicians - It's a group song honest!

Ok, I get it, if you’ve only heard the studio version of Pentecost, you probably think it has a snowball’s chance of getting sung in a church context, but that’s exactly how it started out – I have witnesses! It was a guitar, lots of voices & clapping, that’s all. And they really did get into it, so trust me and give it a go, what have you got to lose!

To be fair, we did go a bit nuts on the studio version, so it’s quite OTT. But can you imagine our surprise when we kept adding layer after layer & it tightened up instead of losing definition:

Drums, percussion, guitars, bass, 16 layers of brass (Rick Swann is prolific), then those great Cuban Mutandos/arpeggios by Ian Hannah, followed by lead by John Hegarty. They’re all outstanding players who understand how to listen & interweave.

The outcome is a very complex layer cake, but each layer is simple, laid on top of a relatively straightforward chord structure that’s in constant tension with the samba percussion. Strip it back & it’s just a simple, call & response song.

For anyone that doesn’t like this track, I have some sympathy. It’s been really well executed, but it’s so polished it can be emotionally un-engaging. I have a good friend who thinks the tune needs lighter more fun lyrics. I can see what he’s saying, but for me it was about trying to communicate surprise, energy & cross-culturalism. So, fair enough, let’s call it the ‘Marmite track’ of the album. Such fun to make though! As a recording showpiece, special kudos to Michael McCluskey for mixing in a way that gives everything its place.

Are on the home page, go there to check them out, you can download everything for your church.