Back to all posts

Can you remember where you were during the first Gulf War? I was working in a church community project, the Mel Nathan institute, Hannah town, Kingston Jamaica. I loved Hannah Town. It was like the Shankill Estate with sunshine by day , street food & pumping music at night. By the orange street lights it was edgy, like a scene from Dante's inferno. Half derelict due to political gerrymandering, three letter tribal markings on the walls, a tired sort of intensity, lazy fat cops sitting in the station & 'gangstas' shooting each other up on the streets outside the church project, scaring us and the kids, it was so like 90's high density Belfast.

The people were kinda great. Everyone was an aspiring poet or songwriter. Community concerts would just 'happen' at night. I wrote songs with a guy called 'Chan Chan' Nevada Thompson, who made a living doing lignum vitae wood carvings. We were a mini hit, the white guy on guitar beside the local hero. Every day was a 90 minute bus journey each way from the suburbs to Hannah Town. I ended up bringing a spare shirt (and a guitar) on the bus, it was just so hot. And packed into those Jamaican Tata mini busses, you get really up close & personal. I used to write home to my sweetheart (now my wife) that I'd been closer to some Jamaican women on those busses than I had to her! 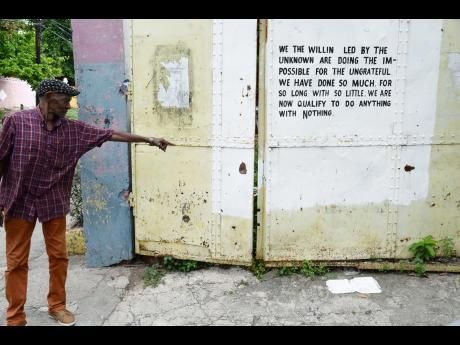 War, what is it good for?

By the time I got home, after a shower and dinner, we'd watch the oil flares in Kuwait on TV each night. The news was ramping up the size of the Iraqi Army, & the western forces were talking about shock, awe & overwhelming force. And overwhelm they did. In two successive wars, the first justified as a liberation, the second infamous for the murky motives and lack of clear recovery plan. It was car crash TV, you couldn't help but watch and be appalled by war at the same time.

It struck me forcefully that the way God achieves victory is so different from the way human powers do it. It brought to mind the Thomas Moore Irish folk song 'The Minstrel Boy' from 1798. However, as you read the lyrics that doesn't fit how God does thing either. It's full of pathos all right, but it's all about the heroism of the lost cause, a young flag bearer being willing to go down with a 'sinking ship', - typical of the numerically small, fighting Irish! We can't win, but we'll make a scene to remember as we lose!

It took another 4 years and a first job as a youth worker in north Belfast, to push this song to completion. The Clifton Street Centre where I worked, drew in kids from the Shankill Estate (loyalist) & New Lodge (Nationalist). Running a mixed club on 'murder mile' was exhilarating. The backdrop of bombs, kidnappings, punishment beatings & kneecapping, meant most of the kids had seen some things no child should ever see. It was a building right on the front line. There were times just after the Shankill bomb, when we would flinch every time the door opened. That was enough to convince me unrestrained power means evil, and the song should be finished.

So I started thinking, we need lyrics that capture that heroism, but takes us away from the notion of the noble lost cause, and debunks it. Jesus, was not some military mascot dying beside a flag for posterity. Heroic, noble, yes, but this was the king of the universe! He had all the power at his disposal to act like the western forces in Kuwait and obliterate his opponents. By stark contrast, He was neither of these notions of what either tragic heroism or victory looks like.

The lyrics below are full of deliberate juxtapositions of Jesus' death and ultimate victory, against the 'romantic tragedy' of The Minstrel Boy. It's a beautiful tune, that has been used by Irish, British & American regiments as part of their military identity. But I think think the bible tells an even more magnificent story of victory and hope in the darkest of circumstances. God's ways, are not our ways!

For the musicians among you, we've tried to reflect that high contrast in both the instrumentation & syncopation. Starts of verses are empty, ends are rich. First lines are straight, second lines are dotted or rushed to give the melody a bit more edge and drama. You may prefer to sing the tune the original 'undotted' way and that's fine by me that brings a more stately or dignified style. I just prefer a little urgency when singing about a fight.  Either way the song has something to say to people trying to worship in the middle of bewilderment, loss, pain and frailty ~ not many of us 'feel victorious' all the time.

But is it 'commercial' ?

I submitted this song for review to a now defunct website. It was considered too lyrically dense, lacking a hook and needing a chorus. I have to admit, I was indignant, but maybe they were right? In defence of the song, I'm convinced it can ruin an unfolding story if you give away the punchline right after the first verse - so I don't think I'll add that chorus. As for a hook, well, the tune has been stuck in people's heads for about 250-300 years, I reckon it's pretty hooky!  And then to complex lyrics, well, I love a simple song, but surely there's still room for some rich story-telling. I know some of my favourite songs have needed to be 're-read' like a classic book, before I've understood all the riches in them?

Anyway, I'll let you decide ~ I'd love to hear what you think, so do have a listen, & post your comments below. 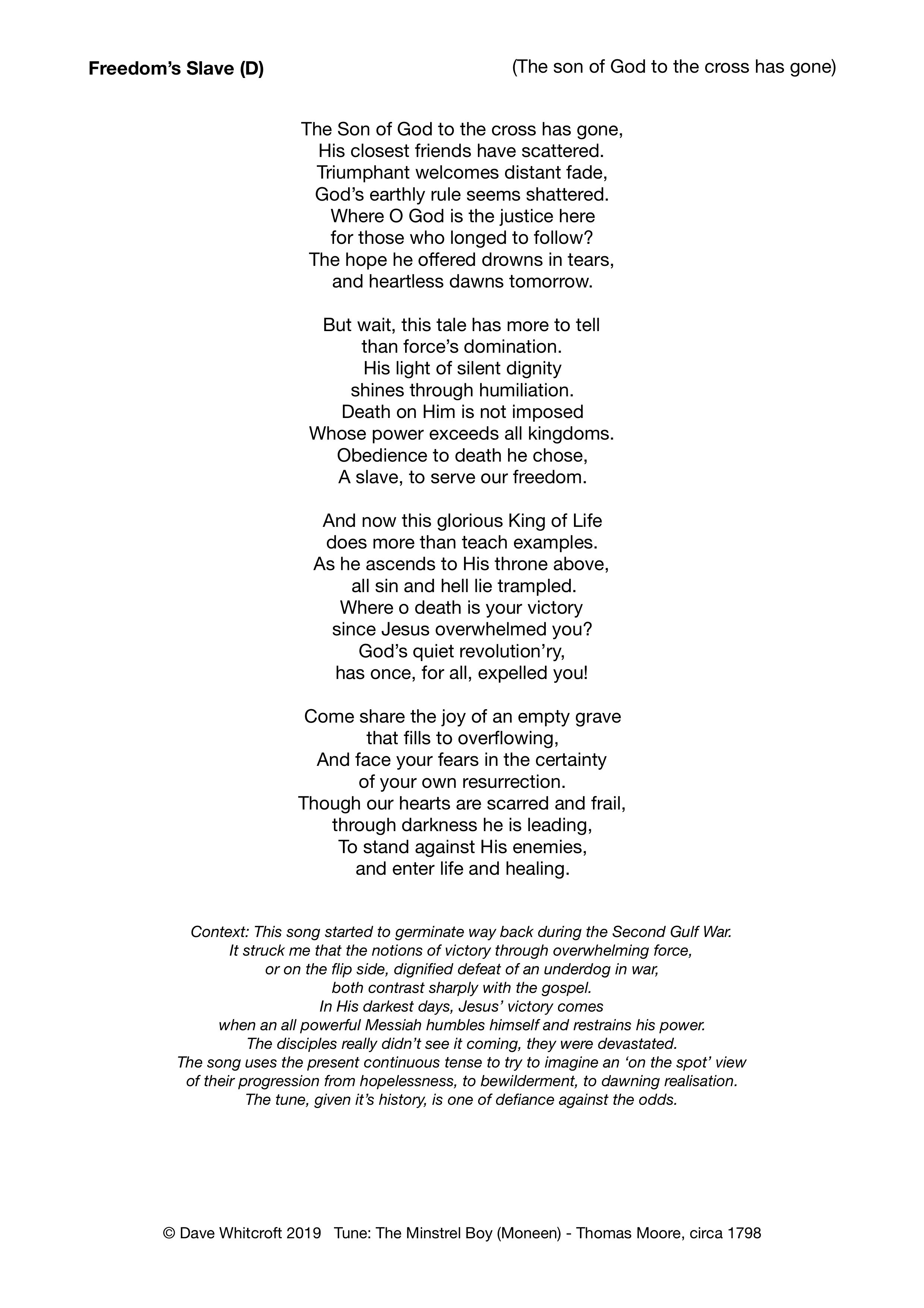